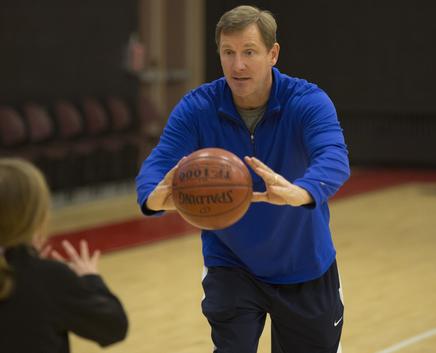 SPDBasketball was started by Robert Burke in 2013. He is actively involved in all SPDBasketball training sessions.

Coach Burke is a former Division I head coach with over 20 years of college coaching experience. He has coached numerous professional players including five current NBA players and has been on the sidelines in six NCAA tournaments including the 2007 Final Four. Coach Burke has significant experience coaching boys and girls youth clinics, camps and teams as well.

"My fourth grade daughter had never played basketball before working with Coach Burke. She has improved so much in a short time and now loves to play and practice"

"Coach Burke has a great way of communicating with young people. He has the special ability to be demanding yet patient and encouraging. My son leaves the workouts knowing he has gotten better and wanting to do more."